Time to Connect the Dots

Once again the mainstream media and our elected officials have given the SEIU and its puppet in the White House (see Puppeteer) a free pass with regards to their socialistic/communist leanings. The recent passing of Venezuelan dictator Hugo Chavez made international news, but very little was heard in the mainstream media from the President or the SEIU. 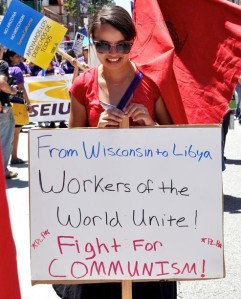 Despite the fact it was reported that the SEIU celebrated Chavez’s passing as a comrade, very few in the mainstream media stepped forward to expose the SEIU’s Insidious Tentacles  that infiltrate the White House (see SEIU Celebrates Comrade Hugo Chavez and Chavez Celebrated at SEIU Offices in New York).  Why was an organization that has openly demonstrated its communists beliefs by marching with communists in California once again given a free pass (see Communism at the Highest Levels?). Why wasn’t the close relationship between the SEIU and most powerful man on earth, and their close tie to and support of, Hugo Chavez exposed by the media (see SEIU Exposed)?  The only answers can be either, (1) a philosophical agreement, or (2) a fear of retaliation in the form of attacks upon donors or revenue sources such as advertisers in the case of the media.

While the uninformed might find it hard to believe that the media could be bullied by an organization such as the SEIU, we have seen evidence of  it recently. As related in The Devil at Our Doorstep, Fox News succumbed to the SEIU’s call for people to boycott Fox’s advertisers unless Fox called off Glenn Beck’s attacks on the SEIU. Glenn Beck, who had arguably the most popular T.V. show in America at the time, was throttled and eventually asked to leave Fox because of these attacks on Fox’s advertisers (reference the SEIU’s site Glenn Beck and Republican Violence).

The fact that the SEIU’s celebration of  comrade Chavez’s passing was not even given a mere mention by the mainstream media, and its indiscriminate attack upon Fox News, are perfect examples of  the SEIU’s  Persuasion of Power ! A power condoned by many state and federal politicians, including the present administration, in exchange for political support. The SEIU, representing both private and public employees, is at the forefront of the battle to save the  Gasping Dinosaurs’ from extinction! The SEIU who realizes that  Public Unions are the last Hope for Big Labor at America’s Expense  has the power and connections in bankrupt states such as California and at the highest level of the federal government to affect policy and ultimately the direction of the American system of government!

While it is understandable that Democratic politicians, whose coffers are funded by SEIU dollars, have remained silent, it is unfathomable that Republican have done the same.  These individuals, who don’t seem to understand it is time to go on the offensive, stood by quietly and let a unique opportunity pass. The Republican party fails to understand that it is time to connect the dots for the American people by presenting a clear picture of organizations like the SEIU, which was instrumental in the President’s re-election, and what it truly represents! Thus, they are failing as a political party and losing their grip on political control in America.

Americans need to wake up to the fact that many politicians including our president buy into the SEIU’s belief of ‘Social Justice” and ultimately socialism/communism as the future for the United States of America as witnessed in the video Obama and the SEIU Sittin’ in a Tree ! This video should leave no doubt in anyone’s mind in what this president believes in , who he supports and the fact he is attempting to destroy the greatest country and opportunity for all people in the history of the world! Unfortunately, The Problem with Socialism is Socialism.  At some point “you run out of other peoples money,” as was so eloquently expressed by the Prime Minister of Great Britain, Margaret Thatcher! It is time for all Americans to connect the dots and realize we have politicians at all levels, especially the current administration, who believe a Chavez-type of government is the most fair and only means of achieving ’social justice.” In truth, they could care less about the poor and downtrodden. Just like Chavez’s regime, all they care about is power and money!

Americans need to wake up and realize we are embroiled in The Cold War Within: The Fight for America’s Future! It is time to connect the dots and understand this administration and its supporters like the SEIU are bent on destroying America as we know it and as our founding fathers envisioned it! America, We are at War! Armageddon is at Hand! Please Wake up before it is too late! We Have Met The Enemy! 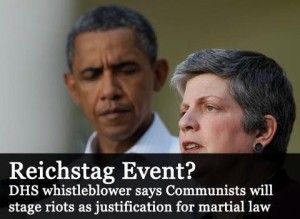 2 responses to “Time to Connect the Dots”