The continued reliance by big labor’s Gasping Dinosaurs on political paybacks (see Obama and the SEIU, Sittin’ in a Tree) and intimidation campaigns to force unionize employees (see Death by a Thousand Cuts and Corporate Campaigns) in an attempt to stave off extinction through increased “membership” is instead creating unintended consequences. Despite the Administration’s attempt to push their radical agenda through their enforcement agencies (most notably the pro-labor National Labor Relations Board, Department of Labor and Occupational Safety and Health Administration), as well as progressive politicians in states across the country, a groundswell of opposition across the country is building as Americans are waking up to the inevitable economic and social destruction big labor is foisting upon America.

It is apparent, as chronicled in Rank and File Union Membership Post Victories, that union members across the country are fed up with the use of their membership dues for political purposes, and with the intimidation tactics utilized by big labor bosses. Right-To-Work legislation is continuously being embraced across the country. The Addition of Two Right-To-Work states, combined with ongoing efforts to pass right to work in Oregon, Missouri and Other States, is sending a Powerful Message about how employees feel about big labor bosses.

Additionally, employees are becoming increasingly motivated to Push Back Against Big Labor’s Agenda. Recently, employees in California fought back against the SEIU, arguably the largest and most radical union in the country (see www.occupyseiu.com). This is indicative of the fact that a strong movement is underway to restore American freedoms, the economy and the American free market system.

Thankfully, it is not just union employees who are waking up, but also politicians and business people who previously embraced or succumbed to the intimidation/coercion inherent in the big labor agenda. Many cities, states and businesses facing bankruptcy and/or loss of control of their entities to the labor agenda are waking up to the fact it is time to take back America. One such group “The California Foundation for Fiscal Responsibility,” a 501.3.C comprised of both business people and politicians, is filming a documentary utilizing sources from across the country to expose the facts behind the nation’s public pension crisis and to also share my story.

I am humbled that I was asked to participate in this documentary to expose big labor as a result of my company’s four-year plus battle against the SEIU as chronicled in The Devil at Our Doorstep. 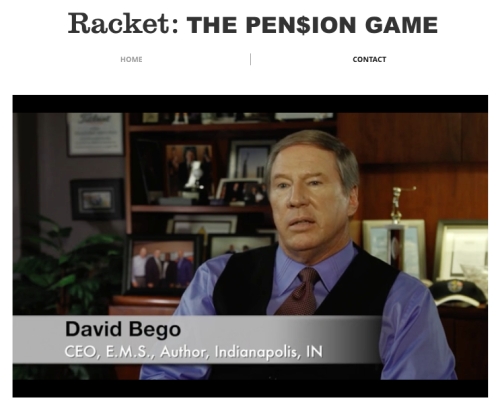 I sincerely hope you will support this group in its effort to Restore America’s Prosperity! If you are interested in screening a sizzle of the clip or becoming a supporter please contact executive producer Marcia Fritz at marciafritzco@gmail.com.

Time is of the essence, as the group wants to release portions of this documentary before the 2014 Mid-Term Elections as Administration and Big Labor Desperation Escalates. I can tell you this is a diverse group of politicians and business people from both sides of the aisle who have awakened and are committed to restoring the personal freedoms, free markets and financial future of this great nation. I hope you decide to take part in this revolutionary movement!